Help
What is this?
What is tutors online right now mean?
I need help
What are points?
See all FAQ

Which of the following actions directed by Soviet leader Nikita Khrushchev would be most acceptable to a supporter of liberalism?

There are no following actions listed here. 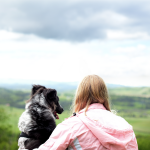 This is a diploma question from Social 30-1 2015-2016 test. In fact, if you google your exact question, the PDF with the answers to ALL PARTS of the exam is the first thing that pops up! I would definitely recommend downloading that PDF and using it to study (especially for the written portions of the exam - the "Excellent" writing is a good way to learn how adjudicators will mark your exam).

I'm no social studies expert (Ravonna is though!) but I'll paste the answer for the Nikita question below:

MC75. Which of the following actions directed by Soviet leader Nikita Khrushchev would be most acceptable to a supporter of liberalism

A. Invading Hungary in 1956 in an attempt to re-establish communist control

B. Criticizing the capitalist system for producing non-essential goods for the wealthy

D. Denouncing the dictatorial policies and cult personality that existed under Joseph Stalin

As Emily stated above, this question is from the 2016 Alberta Education Social Studies diploma examination, one of the best tools to study with. I've copy-pasted the question below and will explain how to determine this answer by process of elimination

Which of the following actions directed by Soviet leader Nikita Khrushchev would be most acceptable to a supporter of liberalism?

A. Invading Hungary in 1956 in an attempt to re-establish communist control

B. Criticizing the capitalist system for producing non-essential goods for wealthy consumers

C. Establishing large-scale state farms in the southern and eastern regions of the Soviet Union

D. Denouncing the dictatorial policies and cult of personality that existed under Joseph Stalin

A is incorrect, invading Hungary for communist control is indicative of sovereignty infringement, sovereignty and liberalism go hand in hand, liberalism being freedom of the people, sovereignty being the freedom for a country to govern itself, therefore, a lack of freedom conflicts with liberalism, we can rule A out. B is incorrect because it critiques capitalism's surplus production. Capitalism ties into liberalism because it is the freedom of utilizing wealth, anyway a person sees fit. Including using excess wealth to buy any goods they please. Nikita is therefore critiquing a central concept of capitalism, freedom of buying and trading goods, this freedom again being a key concept in liberalism which a supporter of the ideology would cherish and not want to hear critiqued. C is a tricky one, although establishing farms means more revenue, and the Invisible Hand being a key concept in the entrepreneurial pursuits of capitalism and therefore liberalism, these farms are state-controlled, liberalism supporters don't like it when the government gets more involved than it should, and the government taking control of the agricultural industry is an interference they wouldn't support because it takes revenue away from the farms owned by citizens. We've ruled A, B, and C all out, leaving us with D as the only answer. This makes sense; liberalism supporters loathed Stalin, so much so, that they went into proxy wars against him and his ideals, to hear Nikita criticize Stalin, is something a liberal supporter would agree with because they too despised the actions and cult surrounding Stalin. This question is testing your knowledge of how liberalism and freedom go hand in hand if by the end of this you can see that, you'll be golden for any tests or quizzes.